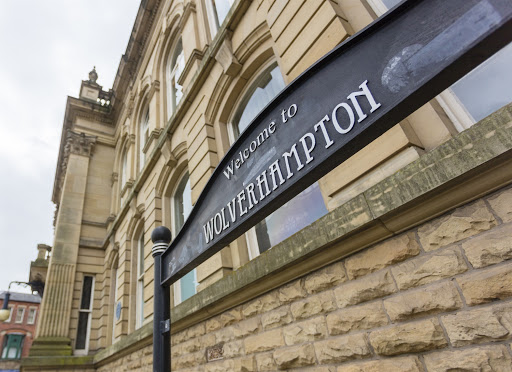 Work to demolish a dilapidated brick road bridge, which spanned West Midlands Metro tracks in Bilston, has been completed on schedule after City of Wolverhampton Council secured £1million government funding.

Engineers took down the old brick bridge in Arthur Street between May 29 and June 6 following the successful bid for funding from the Department of Transport.

A safety inspection was carried out over the weekend and Metro services between Wednesbury Parkway and Wolverhampton St George’s started up again this week.

An existing footbridge which was placed over the road bridge, giving pedestrian access over the Metro line into Bilston town centre, is now set to be refurbished as part of the improvement scheme.

While the refurbishment work is being carried out, the footbridge will be closed to the public and pedestrians will be diverted via The Crescent. The official diversion route will be clearly marked.

Demolition of the old bridge was agreed after routine inspections by the council revealed the brick bridge had deteriorated rapidly, posing a safety risk.

Councillor Steve Evans, cabinet member for city environment at Wolverhampton Council, said: “This was essential work to remove an unsafe brick bridge which spanned a small section of the West Midlands Metro tracks.

“Our routine inspections revealed the old bridge was crumbling and was in desperate need of replacement before it deteriorated any further.

“This was a very complex project and I would like to congratulate everyone involved for carrying out the essential works on schedule and with minimal disruption.

“We will now carry out work to refurbish the footbridge. We are aware that a number of people use the footbridge and we will make sure alternative routes for pedestrians are clearly marked while work is carried out.”

Ray Harris, Head of Operations at West Midlands Metro, commented: “While we had plans in place to keep customers moving, we would like to thank our customers for their patience and understanding for any disruption to their journey while the council carried out this important work.”

City of Wolverhampton Council received funding to demolish the unsafe bridge last year as part of a £100 million package being shared across the country.