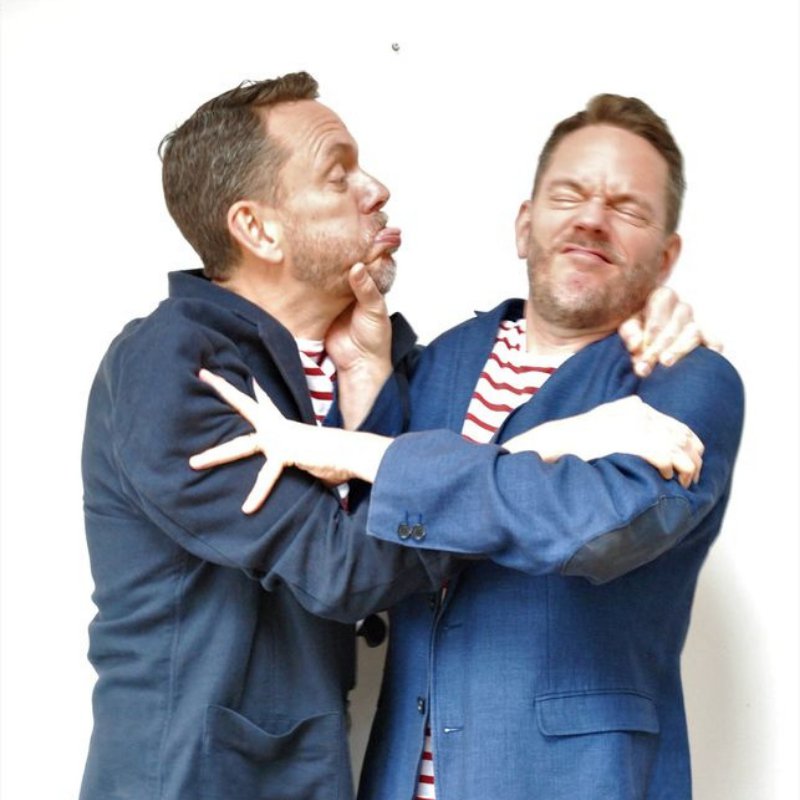 Identical twins, Victor and Albert, will be creating a virtual village hall variety show – live from Albert’s living room! Victor and Albert’s comical show is being performed on the 7th November as part of the ArtsAlive@Home initiative, which brings live performances to living rooms across Shropshire, Herefordshire and surrounding areas.

The twins promise a joyous evening of unique, bespoke comedy, which will include original songs, quizzes, games and interactive community-outreach theatre. As with all their live-shows, Victor and Albert will research the areas they will be Zooming into, to customize their comedy for the communities gathered together in their virtual village hall.

Victor and Albert are Roly Taylor (Albert) and Tim Armstrong-Taylor (Victor) who are identical twin brothers. During his career Roly has produced radio for the BBC, been Interactive Editor of the BBC's Classical music services, and Director of Digital, Learning and Participation at English National Opera. As a freelance singer Tim has performed at the National Theatre, with The Monteverdi Choir and has sung with a number of UK based opera companies. As a freelance session singer, he has sung on many movie soundtracks from Muppet Treasure Island to How to train your Dragon.

Cerin Mills, Live Events Programmer at Arts Alive, said, “Up until now our ArtsAlive@Home events have involved viewing a pre-recorded show from home and then joining a live post-show conversation, so this will be our first @home event which will bring together a live audience to watch together on a Zoom call, which should create a really energised atmosphere! Victor and Albert are uniquely entertaining, multi-talented performers, so don’t miss out on booking your place in their virtual village hall.”

‘We all agreed we hadn’t laughed so much in years!’ ​

‘My cheeks are still aching!’

‘Your incredible talent, sense of humour and timing gave us a wonderful evening of non-stop laughter.’​ ​

The live variety show will take place at 7:45pm on Saturday 7th November and is suitable for ages 13+. Tickets are £5 per person.

To book your place in the live Zoom audience visit www.artsalive.co.uk to purchase a ticket. A weblink to join the audience will be emailed to you before the event.